Stanley Market › Getting there › From Central

To Stanley Market from Central

As the name implies the "Central" district of Hong Kong is central, not merely geographically but in importance as well. This is the most prestigious business district, where the stock exchange, the banks, law courts and branded shops are to be found. 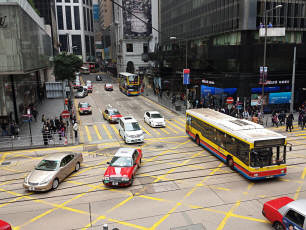 Visitors to Hong Kong will pass through Central many times, and may make use of the facilities to be found there. Whether using the Central Post Office to find some unique Hong Kong stamps, taking a trip on the iconic Star Ferry from Central Pier #8 or simply people watching on the historic Pedder street.

A trip on the "ding-ding" trams, a visit to the IFC Mall or to see the night time illuminations on the HSBC Headquarters building will all take you into Central.  The mix of modern buildings, chain shops and historic touches makes this a uniquely Hong Kong city centre.

Most shopping is for busy office workers, be they budget or luxury purchases, and not therefore intended for tourists. But there are a few places which have some uniquely Hong Kong items for sale and any tourist should check out "The Lanes" which are two parallel lanes full of small market stalls.

Several tourist attractions are officially within or very near to the Central district, though not beside the heart of the district. Trips on the Central and Mid-Levels escalator system, the longest in the world, going through to the nearby Medical Museum, or a visit to the Hollywood Road Park and it's adjacent Man Mo Temple are all time well spent. 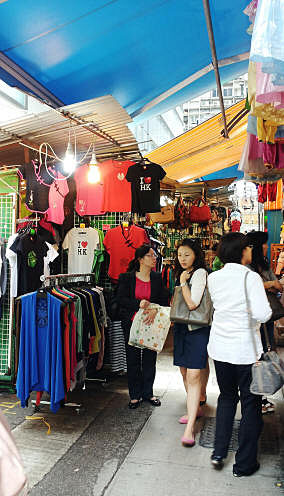 Pictured  here The Lanes of Central are two small paths, officially named Li Yuen Street East and Li Yuen Street West, which are full of small stalls and shops. Popular with locals as well as visitors there are many interesting products and good deals here.

Nobody lives full time in Central itself, and there are only limited hotels in the area though these do include one of the leading hotels of Hong Kong if not the world, the Mandarin Oriental.

Therefore transport routes to Stanley from Central are something that every tourist should know about, and there are several options available.  Each choice is workable and perfect practical, but which you choose may depend on your time, budget and interests.  Walking is not one of the options to get to Stanley from Central though, for although Central itself is very walkable due to the prevalence of walkways and malls as well as sufficient pavements, the distance to Stanley is too large as it is on the southern side of Hong Kong island, while Central is on the northern coast..

As Central is on the north side of the island, and Stanley is of course on the South side, you must get past the mountainous interior of Hong Kong island.  Going over the top is an option via Wong Nai Chung Gap or there is a tunnel which for a few dollars toll allows you to quickly get from one side to the other.

In a hurry and want convenience? Then nothing really competes with the iconic red taxi of Hong Kong. One of the cheapest city taxi services in the world it is also safe, reliable and always available. As the major business district of Hong Kong you will never find a shortage of taxis here.  There are several practical routes a taxi can take which will take half an hour to 45 minutes, giving you various possible views as you go. 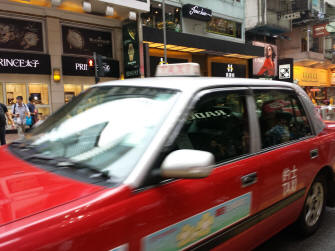 The tunnel route includes a toll of HK$5, but as it is 5km shorter than the Pok Fu Lam Rd route it will still be cheaper at about HK$100.  The longer more scenic route takes only a little longer as the roads are less congested, but will be around $140 total.

The public bus routes operated by CityBus and New World First Bus (NWFB) are fast, convenient and cheap. With modern double decker air conditioned busses they are very comfortable, and if you take a seat at the front of the top deck they give an excellent sightseeing view as well.

For the fastest route the bus number 260 is preferred as this express service has the least stops between Central and Stanley, but the alternative routes including 6, 6A and 6X are very similar and a bit cheaper.  They can all be caught at the main bus stop at the street level underneath Exchange Square.

Each bus route runs every 15 or 20 minutes depending on the time of day, but if as you can take whichever one comes along first it will be only a wait of typically 5 minutes. But if you are patient and wait for a 260 you may arrive slightly sooner due to the route having about 10 less stops.